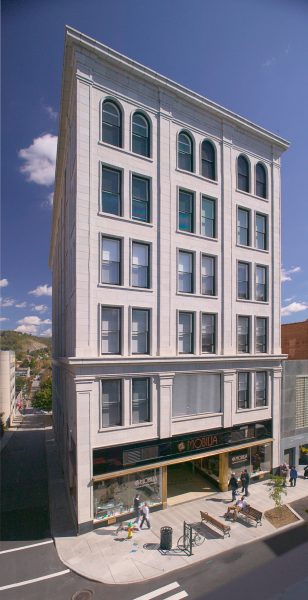 Retail space is located across from Zambra on W Walnut Street. 1645 sq ft, with wood floors and high ceilings. Additional display window located at the top of Walnut at Haywood Street. Currently leased to The Local Barber & Tap. 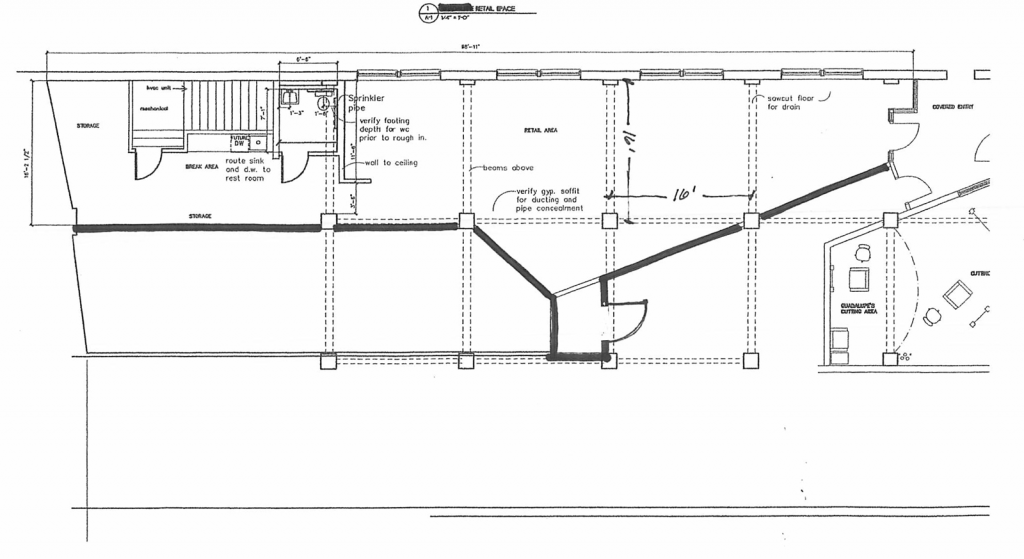 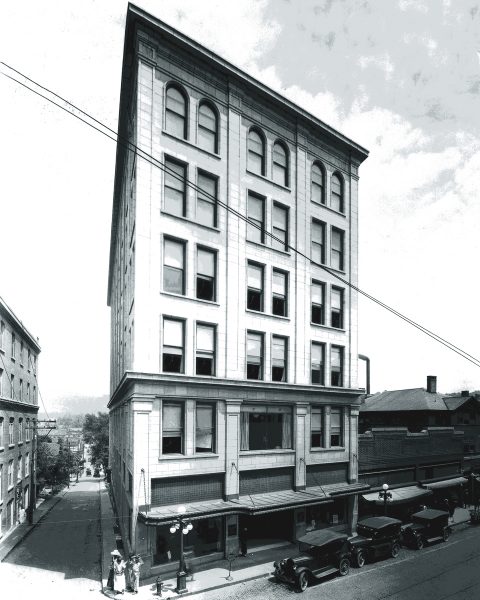 Built in 1923, the Loughran Building, commissioned by Frank Loughran was designed by Richard Sharp Smith and Albert Heath Carrier, for use as a department store by Denton’s from Chicago, IL. Denton’s sold the building to J.C. Penneys in 1936 where they remained until they moved in the early 1960’s. Bon Marche moved into the building until they closed in the early 1970’s. The building remained vacant until the latest renovation by Public Interest Projects, who developed the building as a mixed use project in 2000. The historic renovation included commercial spaces on the Haywood and Walnut levels, live-work units on the 2nd floor, and residential condominiums on the upper floors.